My last day in Las Vegas was Monday (7/28). The NABC was over. The tournament organizers had hoped to set the all-time NABC record of 24,221 tables. They did not, however, and attendance was just less than 20,000. This was still the all-time fourth-largest NABC. Of the six largest, four have been in Las Vegas and two in Toronto.

We were finished with work, so had all day to be tourists. We decided to do some different things, however, than most Las Vegas visitors. Mt. Charleston is nearby and has great trails. We chose one that began at an altitude of 6000 feet. The trail ascended another 800 feet -- by the end, we were close to 7000 feet. The air was definitely thinner. The temperature felt to be around 70 degrees -- very comfortable.

The experts recommend you hike in groups of four and take plenty of water, so that's what we did. 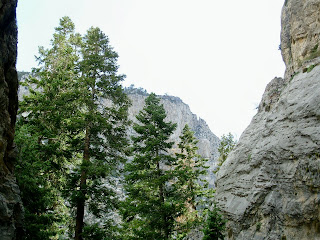 One of the sights on Mt. Charleston. Click on any of these images to enlarge. 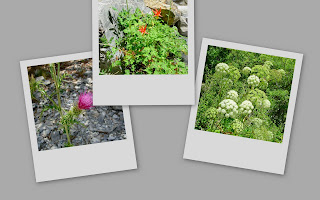 EDIT: A (picasa) collage of flowers that I took photos of on the Mt. Charleston trail. 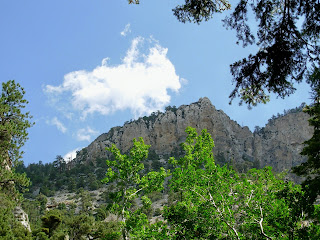 The sights on Mt. Charleston were majestic. It felt great to with mother nature.

After our hike, we went to Red Rock Canyon. I found out that Red Rock is actually a national conservation area, not a state park. 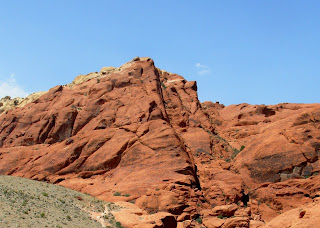 One of the small mountains at Red Rock Canyon. 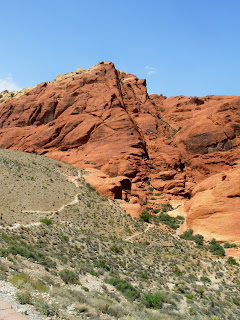 Another view of the same red rock.

When we returned from Red Rock, we cleaned up, went out to eat, then headed for Fremont Street. Hey, you can't go to Las Vegas without seeing it, right? Anyway, that's how we felt. Gotta see what the fuss is all about. 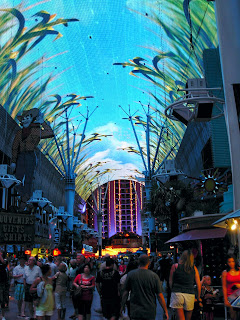 The Fremont Street Experience is like a Kiss concert. Hard to describe, better just to see. 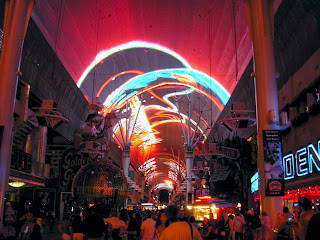 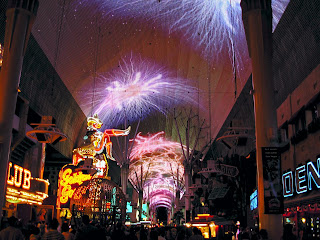 I had so many cool photos of the Fremont Street that I had trouble picking which ones to include here.

If you are a poker player, this is the Holy Grail -- where it all began. 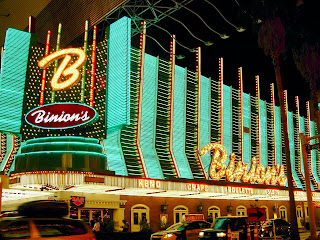 Binions -- the original home of the World Series of Poker.
Posted by Memphis MOJO at Friday, August 01, 2008